November 1913 –  In November, The Oakley Women’s Improvement Club, in conjunction with Contra Costa County Library, establishes the Oakley Branch Library. The library is located within the General Store and consists of three shelves.

1972 -  Friends of the Oakley Library is founded to raise funds for new library materials and to construct a new library building.

January 1999 - Decision is made between Oakley and Contra Costa County that the Library will share the space at Freedom High School for a period of five years. 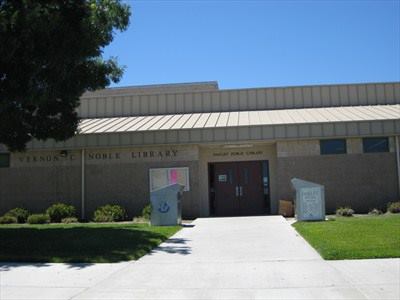 October 2, 1999 – Grand Opening Celebration to mark the reopening of the Oakley Library at Freedom High School.

2012 - Friends of the Oakley Library form a New Library subcommittee to pursue a new location and funding for a downtown stand-alone library.

June 2016 - Ballot Measure K fails to get 66% of votes needed for a new Library and Community Learning Center in downtown Oakley.

May 31, 2019 - The City of Oakley celebrates 20 years of Cityhood. The Oakley Library is still located in its shared space at Freedom High School.

November 2019 - City of Oakley looks to convert the sheriff's substation at East Ruby Street into a library for Oakley.

May 2022 - The City of Oakley and Contra Costa County agree to share the cost of demolishing the sheriff's substation. Under the agreement, Oakley and the county would split the estimated $400,000 demolition costs. The city would then have 36 months to secure funding to pay for capital costs and some operational costs for a new library. If successful, the county, which approved the demolition last fall, would then deed the property to the city, McMurray said. If the city fails in securing funding, though, it would be responsible for the entire demolition costs.

or
Please check your e-mail for a link to activate your account.